Two particles of mass m each are tied at the ends of a light string of length 2a. The whole system is kept on a frictionless horizontal surface with the string held tight so that each mass is at a distance 'a' from the center P (as shown in the figure). Now, the mid-point of the string is pulled vertically upwards with a small but constant force F. As a result, the particles move towards each other on the surface. The magnitude of acceleration, when the separation between the becomes 2x, is 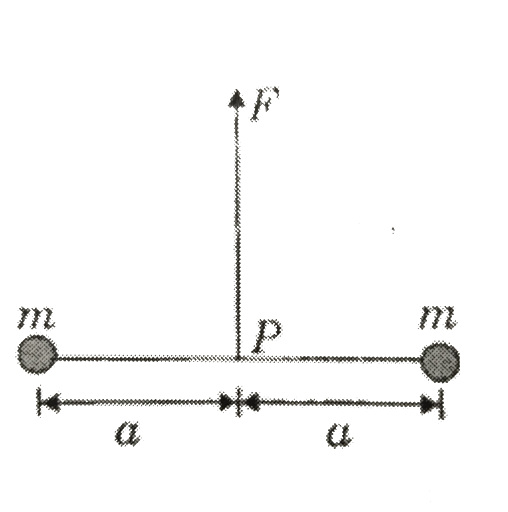 Let a,b,andc be three non coplanar unit vectors such that the angle between every pair of them is 3π​. If a×b+b×x=pa+qb+rc where p,q,r are scalars then the value of q2p2+2q2+r2​ is