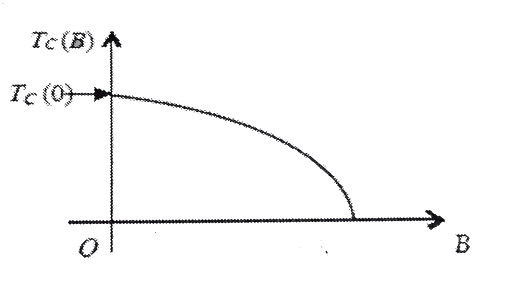 In the graphs below, the resistance R of a superconductor is shown as a function of its temperature T for two different magnetic fields B1​ (solid line) and B2​ (dashed line). if B2​ is larger than B1​, which of the following graphs shows the correct variation of R with T in these fields ?